Today I started out a little bit on the cranky side. There was no real good reason for it except that I knew it was going to be a busy day and I was feeling rushed already. Before I had even finished my morning coffee I had to start hurrying so that we could get out the door to Noah’s basketball practise. Throughout the day though it didn’t take too long for my mood to start to turn. It’s hard to be cranky when you’re watching your son have a blast and trying hard at something he really enjoys.

When we were done we headed straight to what has become our traditional upick Christmas Tree lot. The weather was a little drizzly, but it wasn’t too cold and we were able to find the tree really quickly. Pretty sure we didn’t spend more than 5 minutes until we had one we all liked. In years past we’ve had some long adventures roaming through the trees in snow and cold weather. So coming across something we all agreed upon so fast was more of a treat than the hot chocolate and candy canes we enjoyed in the cabin with the wood stove keeping us warm.

Once the tree was in the house we figured we would leave it wrapped for a bit while it dried out. The rest of the family were having an early lunch before some of them headed off for a birthday party, I took the opportunity to go get a wet run in. The past couple weeks I pushed it to the last day of the week to hit my goal of 25km. Today I had to put in an almost 9km run to get there. Despite the rain, that at some points was feeling pretty hard, the run was very enjoyable. Such a good time to think and just clear my head.

While half the family as off at the birthday party Alexandria and Caile started decorating the artificial tree that we put up in the kids play room. Just the harder things like the lights and the sinamee. The rest the other kids will help with another day.

After supper Caile and Ella were in a Christmas parade with a bunch of other kids from their dance studio. We were able to get together with friends and family and watch the parade with my girls dancing past.

Once home we untied the tree and straightened it up a bit so Jen could get started decorating. The kids were drinking some hot chocolate, I put on my favourite Christmas album while having a sort of cafe mocha. Now sitting here with the Christmas lights, the smell of the tree, the sound of Meaghan Smith, and the taste of the warm drink there is no denying the Christmas spirit has arrived. 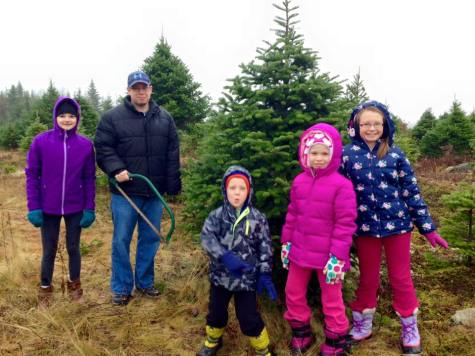 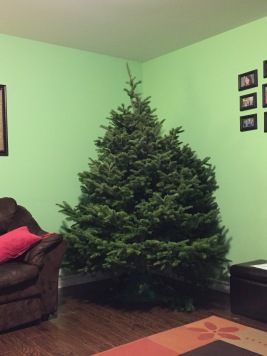 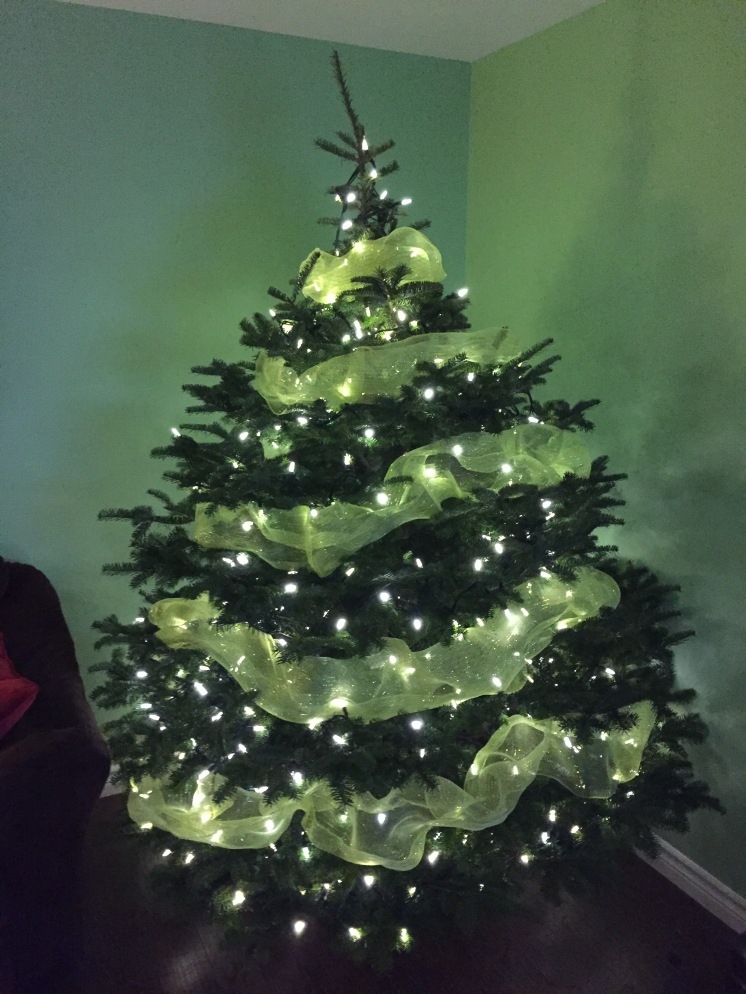 One thought on “Getting in the Christmas Spirit”