For sometime I’ve been semi following along local artist James White. If you’re not familiar with him you should be. He was recently featured with Lynda.com celebrating 25 years of Photoshop. Seeing his incredible talent I knew from early on that I wanted to have at least one piece of his work eventually. I’ve tried to catch a few different items over the years but always ended up late when they were all sold out.

Back in the summer of 2013 he wrote a post about a poster he had done for an upcoming show he had been invited to. Shortly after reading I was in contact with him to see if he would be releasing prints of this. At the time he wasn’t sure so I kind of forgot about it.

Luckily about a month ago I was checking out his site again and happened to see prints being offered and was lucky enough to snap one up. While I was working today it arrived in the mail which absolutely made my day. It’s now hanging in my office beside my desk so I can admire his version of Superman all the time.

Thanks James for creating this and allowing me to get print for myself.

Here it is hanging on my wall. My picture doesn’t do it justice so I’ve included the picture from his site as well. 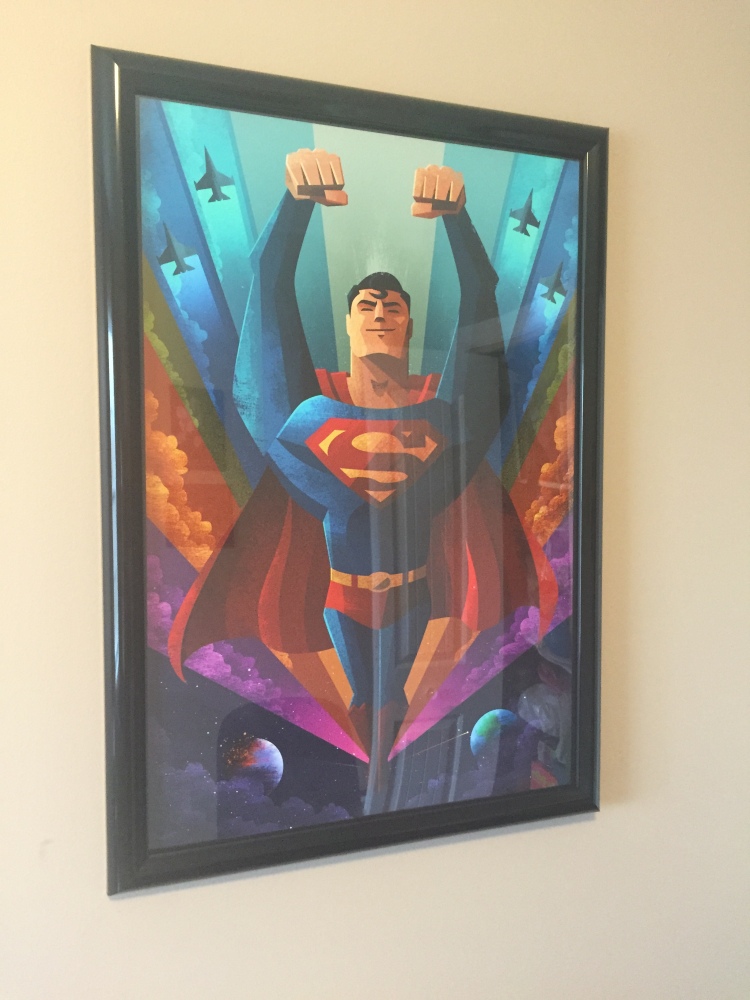 One thought on “Son of Krypton”