This weekend we ended up with some beautiful fall weather. We had a bunch of errands to run in the city yesterday and had originally planned on taking the kids to the discovery centre as a way to break up the day. Since it was so nice out we instead decided to take a walk through Shubie Park instead. We made the right choice. 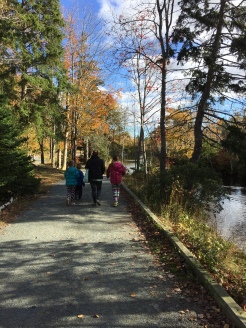 Today once Noah’s soccer was done we had some time before Jen and Ella were done fund raising for her dance troupe so we decided to go for a little drive and walk instead. There is a little spot that I’ve noticed just off the highway for years but have never known exactly how to get there, or stopped to enjoy it. Today we decided to check it out. We had to go down a few roads before we found the spot, but it was worth it. The colours of the leaves are stunning and with the river there as well it is going to become a favourite spot of mine I’d say. 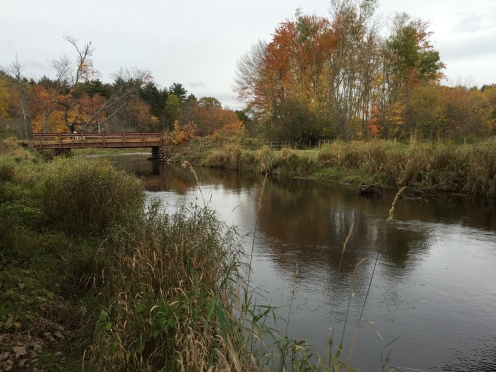 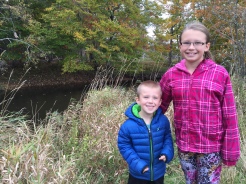 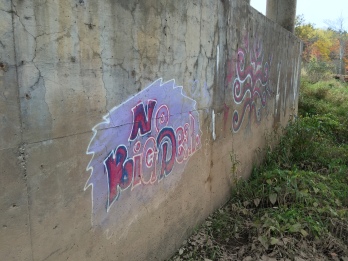 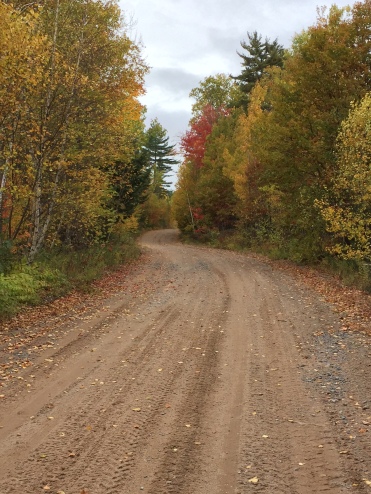 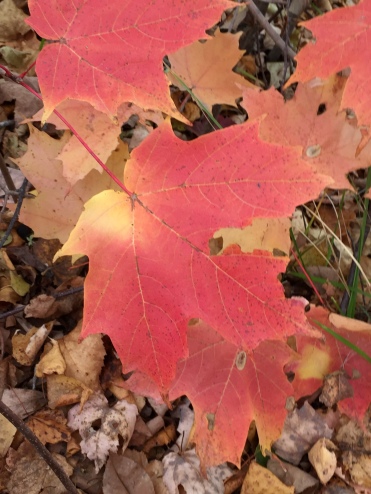 Once home Jen and Ella joined us and they decided they wanted to go for a walk as well. I used the opportunity go for my first run since being home. Started out on the same route I used for a bike ride a couple days ago, but then instead of turning back home I continued on to meet up with the rest of the family for the walk and seeing pumpkin people again.