I’ve never been much of a gamer. Nintendo has always been my console for their easy games like Super Mario Bros, Mario Kart, and one of my favourites Street Fighter II Turbo.

We’ve had a Nintendo Wii for a while and it seems to go in and out of favour with the kids. They’ll play it for a while and then it will sit and not do anything for a long time. Every once in a while I’ll sit down and play some of my favourites. I still really like some of the old versions like Super Mario Bros. 3. I like to put that on and rip through it and beat Bowser.

Recently though I heard reference to Street Fighter and I wanted to play. So I got a copy on the Wii but realized I needed the classic controllers to play it. Thanks to Amazon I had a set ordered pretty quickly. When they arrived I showed Noah and he liked the game too.

It wasn’t until tonight though that I took some time to sit down and really play it. Things started to come back to me and the after a bit and a lot of continues I ended up beating M. Bison in the end. I did it all with Ken as he was one of my go to characters back in the day. The next time I’ll play with someone else and try to learn their moves all over again too.

It’s fun to shut off the mind every once in a while and go back to those early days sitting around with friends where we would have tournaments in our living rooms. 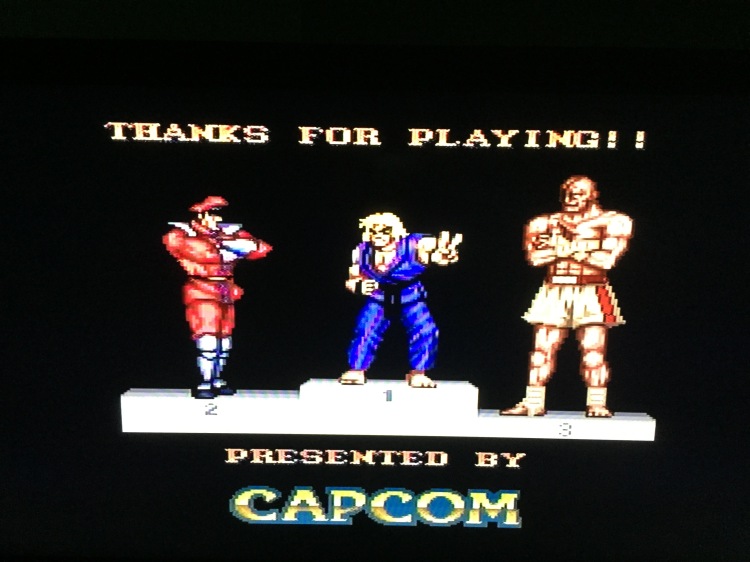