Not long ago there was a time when I always was up early and before anyone else in the house. That time I would use to go out and get an early morning run in before the day began. When days started getting shorter and the mornings were much darker I fell away from that habit. Instead I started getting up just shortly before I’d start work for the day, or what ever other plans we had going on.

Even with the recent falling back of time it’s still darker than I’d like at 6:00 am to go running but this morning I decided I was going to get up early anyway. Before I went to sleep last night I set my alarm for 5:30 am so I could get up and have the house quite to myself. Quietly I made a coffee and headed to the couch to sip it and read a new book I started a couple days ago.

The book arrived from Amazon over a week ago, but I only just started it and was finding it hard to find quite time to sit and read which is what prompted the schedule change. I’ve been looking forward to the book a great deal ever since I heard about it in a co-workers flash talk while at our Grand Meetup.

There were many great flash talks that I listened to while I was there, but there were two in particular that really hit me and stuck with me. The one about this book being one of them. The book is Daring Greatly by Brené Brown. It alks about the Authors research into vulnerability. Both of these talks had the speakers being very vulnerable which is why I believe they really hit home. They made me want to be able to be more like that as well. Thank you to both of you!

Having that bit of time before I jumped into my day really set the tone for me. I was still able to go for a run at lunch time when the temperatures were warmer and it was lighter out so I didn’t miss out on that either. It may mean a bit of an earlier bed time that normal, but that probably isn’t a bad thing either. 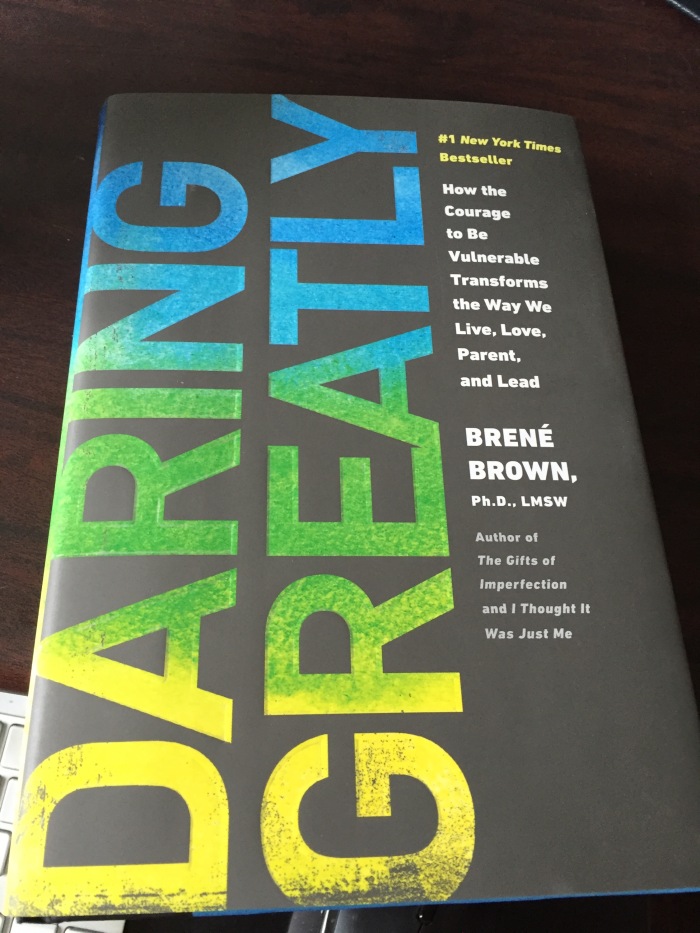 One thought on “Getting Up Early and Being Vulnerable”