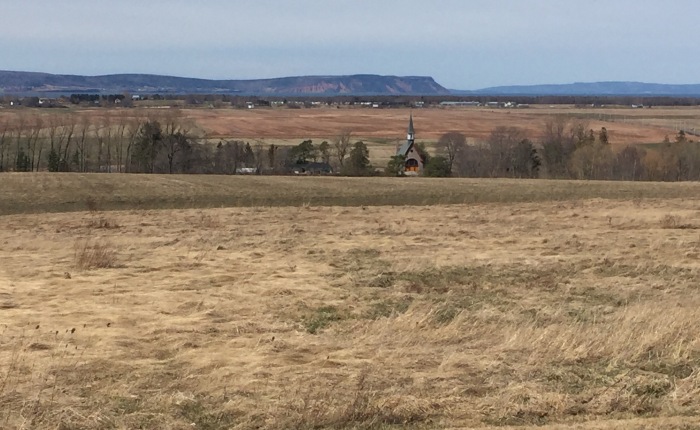 Today I had a few errands to run. On the way home I decided to grab a coffee and take a short break. It is a beautiful spring day so I pulled off the highway and spent a few minutes drinking my coffee with one of the best views around.

There’s a little park in Grand Pre which looks over the National Historic site and out to Blomidon. 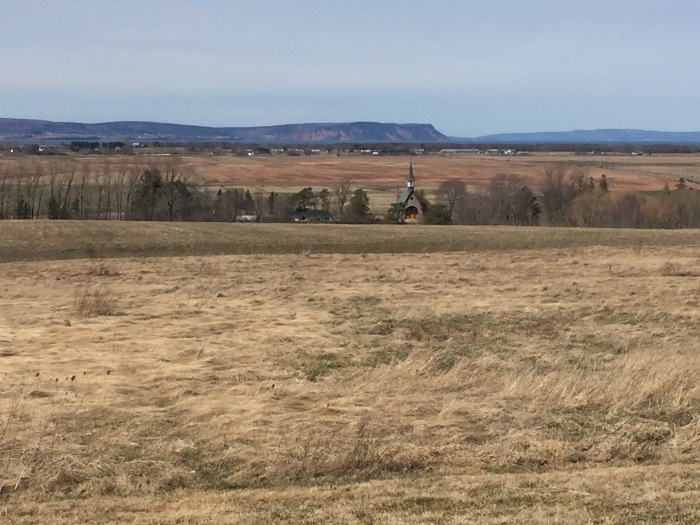 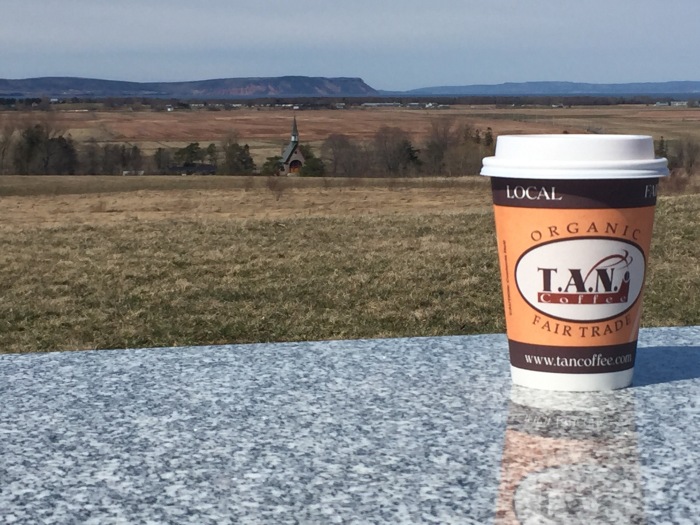 The topic of freedom has been on my mind for a while now. During my later teenage years I had more freedom than I knew what to do with. Now there are days when it sometimes feels like my time really isn’t my own.

Honestly I have nothing to complain about in my life, I’m a very lucky guy but some days can get hectic and it makes me wish for a little down time while I’m still awake. As it is I get up early in the  morning to try and fit in a run then start work at a good time so that I’m free in the later afternoon / evening to be there to run errands or run kids to where they need to be.

No one kid is in a lot of things, but multiply that by four and it doesn’t take long before the schedule is getting full. For the most part it’s great. I get to watch my oldest ride horses, something that she excels in and loves doing. My son playing soccer with so much energy and enthusiasm. My middle two, daughters who love performing. Whether it’s drama, dancing, or combining the two.Watching them do these things gives me great happiness and I’m thankful that I’m able to be there and am able to provide these things for them.

Dance class can be rather nice break sometimes though. As you’re not able to watch them practice if you can get the errands ran quickly it leaves some time you can go grab a coffee and read a book before it’s time to pick them back up again.

Yesterday I had to go to the library to return a book and then check it right back out again because I had renewed it twice online and couldn’t do it again. It’s a really good book, but I just can’t seem to find the time to read it while my mind is awake.

On occasion where I try to sneak off to get a few pages in the guilt I feel is real. My wife is a super human I’m convinced and that doesn’t help. She never seems to need a break and is always going strong. As there are always things around the house that can be done she is always finding them and doing them. So if I’m off reading while she’s making supper, or vacuuming, that just doesn’t seem fair does it. If I could convince her to take some time for herself it might be better, but that’s a hard sell.

With the kids getting older it seems to be getting worse. They stay up later which takes away from the quiet time we used to get when they went to bed earlier. There are some nights now that the oldest and I go to bed at the same time.

As I mentioned before as a teenager there was a time where I answered to no one. I had pretty much as close to zero responsibility as there was. That wasn’t a good thing either. As it was it took my life down a harder path than I needed to go. There has to be a happy medium though. It’s important to get a bit of time by yourself to recharge.

Maybe I’m feeling this way because for the past few days I haven’t been getting our running, so that bit of time that I used to clear my head isn’t there. When I was running more often last year that was one of my favourite parts. Having a cold has made it tough so I’ve been trying to rest so I’ll get better quicker. Tomorrow might be the day that I give it a try again. The last week when I was running a lot seemed to go much smoother and have me in a better mental state.

Spent some of the afternoon running around getting errands taken care that need done before we head out on vacation.

The last thing was to drop off Ella at dance class. Almost right across the street is a provincial park. It makes a great place to sit in the sun with a good book and coffee. 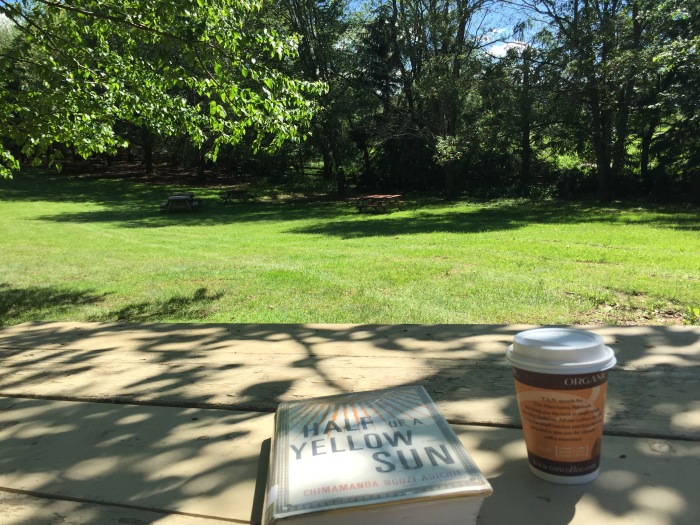 For the last few days I’ve been letting little things, unimportant things, build up and let them get me down. I know full well these things are temporary and are dwarfed by all the great positive things in my life but for some reason let them get to me anyway.

Not today! I let them go today and start again. Today is my oldest’s birthday. She is turning 15 and we are going to celebrate with her friends and our family. It’s a beautiful fall day and we are going to do it outside at my parents house in the country.

While the rest of the family went out to get things ready there, me and my little guy ran some errands and finished up the last bit here at the house.

We did so good for time that we took a little break to relax in the sun with a little treat. It’s easy to turn around a bad mood with days like this.