Pretty confident that the last time we had this much snow was February 2004, in the storm that was dubbed White Juan.

Here’s a few pictures of the front yard so far this month, where’s my bench?

Watching the wind blow around this morning made me try to wait as long as possible before going out to clear the driveway.

It also gave me the idea to set up a webcam looking at the backyard. Not sure how long I’ll keep it up but for now you can see it here: Backyard Cam.

It was still howling when we did get out there, but wanted to at least get the first bit done while it was still light.

The snow at the end of the driveway is now above my head, but the snow blower worked great.

Caile is still not feeling well, the chicken pox have started to crust and hurt her. She’s a trooper though and for the most part staying in good spirits. We’ve watched some TV and some movies. Caile has had a few soaks in an oatmeal bath as they seem to help her.

So far we’ve played a couple games of Clue. I’m so glad we picked it up. The kids already really like it and so do I. We’re planning another game of it before bed time too.

Here are a few more pictures of the driveway during the storm and it cleared. 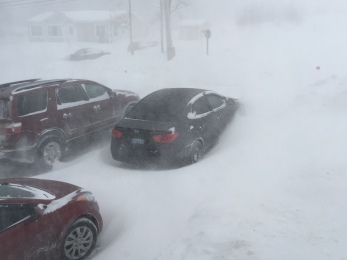 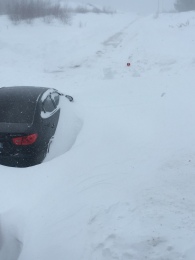 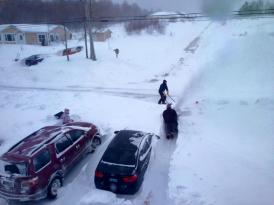 2 thoughts on “So Much Snow”