A few nights back I happened upon a Twitter party going on for the upcoming BlogJam conference that is coming up. I interacted a bit because I’m genuinely excited about attending. At the end I saw a tweet from them saying I had won a prize. I didn’t even realize there were prizes to be won!

Tonight's #BlogJam2015 winner is… @ourvalley! Contact us to claim your yummy treats and see you all at #BlogJam2015 on October 4.

Turns out the prize was a gift box of chocolates from Rousseau Chocolatier in Halifax. Not the best gift for someone who is working hard at watching what they eat to lose weight, but oh my I was excited anyway. 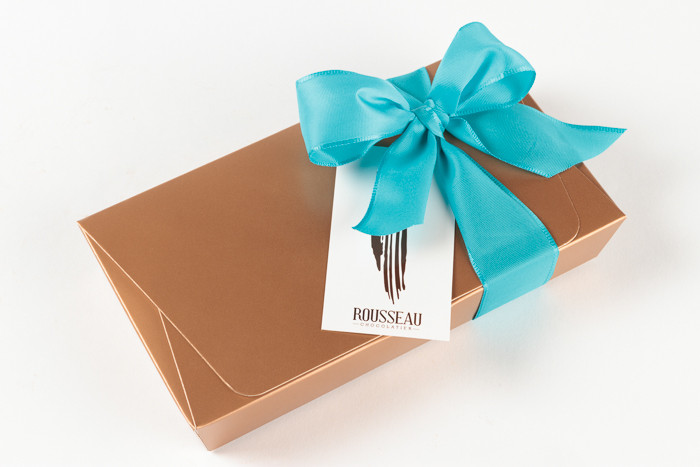 The other night at the Refresh Annapolis Valley get together I was delivered the prize. I figured I would be strong and bring them home to Jen. I gave in yesterday afternoon and opened it up and ate one. Now I’m going to be battling myself not to eat the rest of the box because it tasted as delicious as they look.

A big thanks to both BlogJam and Rousseau Chocolatier for this awesome treat!