Plans don’t always work out the way you intend. The rest of my family had plans to go to Hennigars Farm Market today. They were going to have a little treasure hunt for the kids and feed the animals they have.

Last minute I realized they were getting ready to leave just shortly before I was going to finish off work anyway, so I snuck away a bit early and went with them. We made it there just shortly before my sister and her family so we went into the farm market to pick up a bit of fresh vegetables first.

While we were at the cash my sister came in with a horrible scowl on her face. While she was getting the kids out one of them slammed the door. The doors were locked and her purse was on the floor inside. Yup locked out.

When we were running though options she decided that either both sets of keys were in her purse or there was one at her house on the kitchen counter. I ran back to her house to check, but they weren’t there. She ended up having to call a tow company who sent someone out to get her in.

So I missed most of the time at the park but I did get back in time to watch the kids feed the fish and the guy get her back into the van. It’s pretty amusing because she has had to call someone to get her into her vehicle more times than anyone else I know. Why would you carry around both sets of keys for a vehicle? 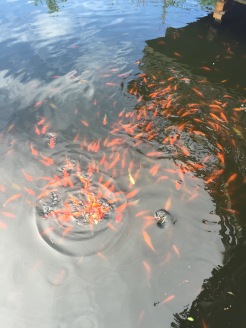 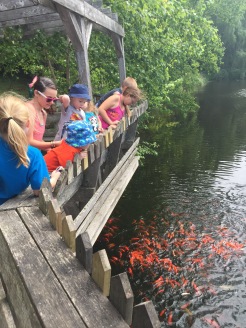 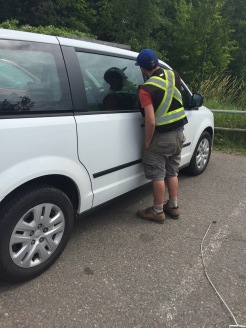 One thought on “Trip to the Park, Sort of”